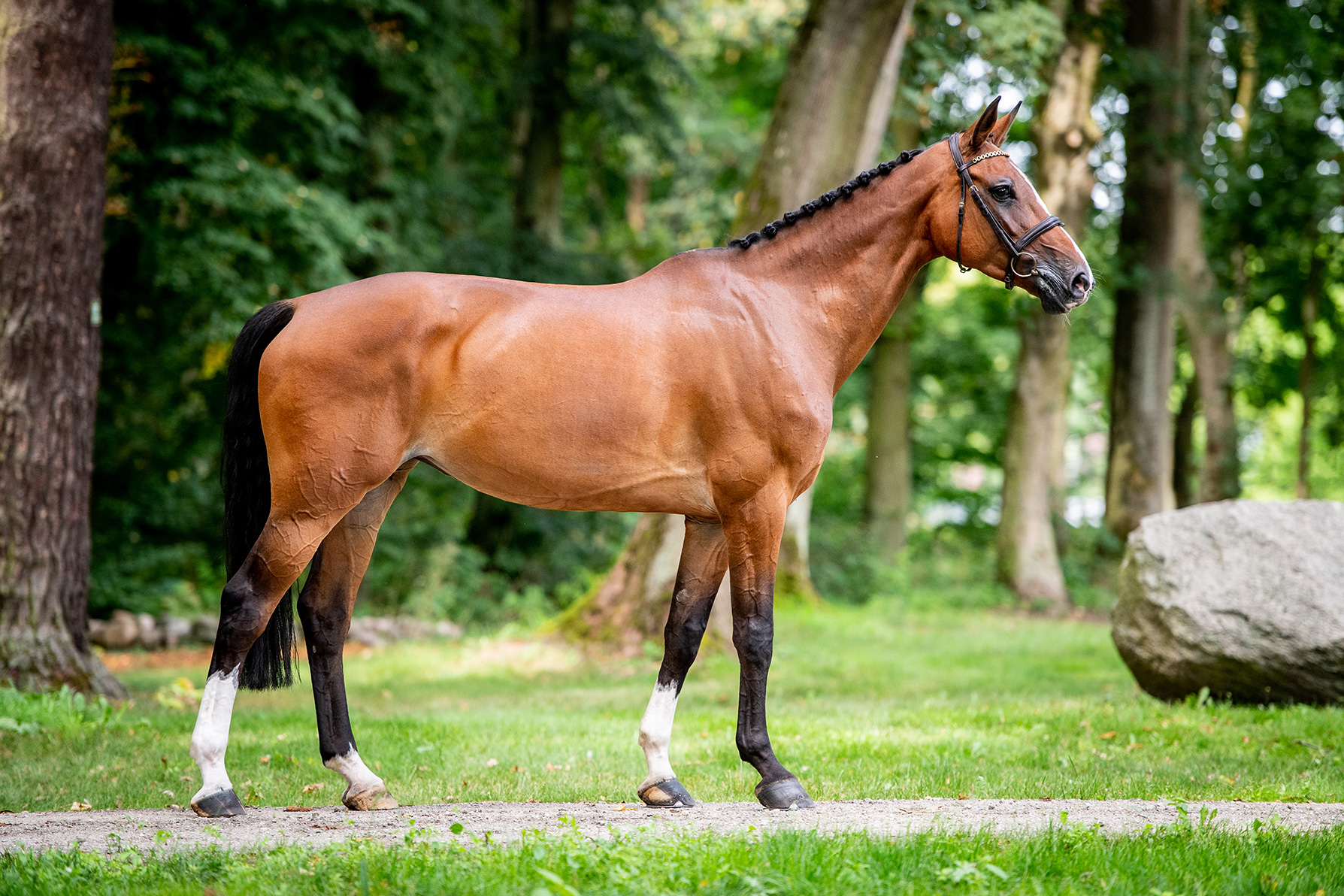 Lajolie 5 is a 6-year-old holsteiner mare with a good conformation and great jumping technique. Easy to handle at home and during shows.

Lajolie 5’s sire is the amazing Lyjanero, vice-champion of the holsteiner korung, sired by Landos I, out of a dam by Casall, competing up to 150 cm level. Lajolie 5’s dam is Veronesse, whose breeding includes the lines of Quidam de Revel and Carthago. Quidam de Revel was fourth at the Olympic Games in Barcelona, and won many international Grand Prix and Nations Cup classes at top-level shows around the world. In 2003 and 2004 he was considered the best sire of showjumping horses in the world. Carthago is a holsteiner stallion that left many Grand Prix-level horses, and has been named the best sport horse of the second half of the 1990’s. Veronesse is the mother of Classic Boy 24, competing at international shows up to the 145 cm level. Veronesse’s dam – R-Coralle, is the mother of Coralle 41 (competing up to the 150 cm level).

Lajolie 5 is in regular training, with clear rounds in young horse classes up to the 120 cm level in Germany and Poland. Thanks to her amazing jumping capability and a well-balanced character, she is the perfect horse for a professional as well as for a less experienced rider.