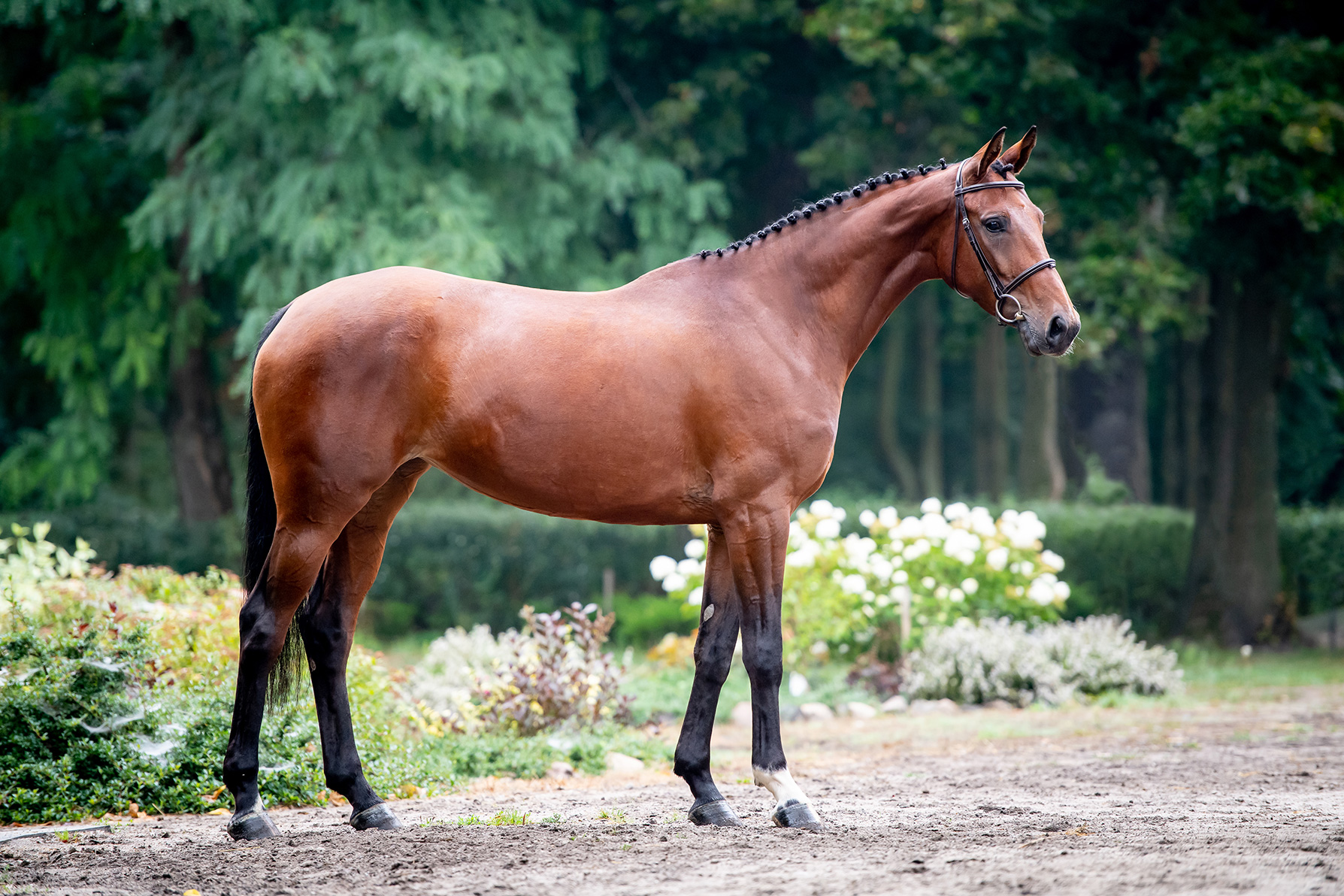 Symbella M is a 4-year-old Polish halfbred mare. Beautifully and elegantly built, a light type of a modern sport horse.

Symbella M’s sire – the German-bred Rhodesian Winner, passes down a great amount of endurance and health, as well as a great jumping capabilities, distinctive for a thoroughbred. His two daughters: Isuzu and Morfina, have won Poland’s biggest steeplechase race – Wielka Partynicka (4200m) in 2013 and 2017. Symbella M’s dam is Symona M, coming from one of the best female lines of Moszna Stud Farm sport horses, from the family of the mare Sauge. This family includes such horses as Siros – Senior National Eventing Champion of 1974, that competed during the 1975 European Championships and Signor – an eventing Olympian from München. Symona M’s granddam – Segovia by Genius, has given many valuable sport horses, including Sewilla by Le Voltaire and Senior by Rytm, a successful eventer, competing with his rider Jan Kamiński. Symona M’s sire is the Zangersheide Faust Z, coming from the great showjumping line of Heureka Z. Faust Z was successful in showjumping, competing at the Grand Prix level in the Netherlands and Poland. His sire – Furioso II – is the founder of the showjumping horses „dynasty”. These horses have proven to be versatile and successful in all equestrian disciplines. In Poland the most distinctive ones are Elvis, Joker, Eremita, Jum, Turbur Elwis, Le Voltaire.

The combination of a halfbred mare with Rhodesian Winner guarantees a valuable addition of thoroughbred blood, tissue improvement, great health and a noble conformation, as well as the previously mentioned jumping abilities. All of these traits make Symbella M an very promising horse, particularly for eventing.